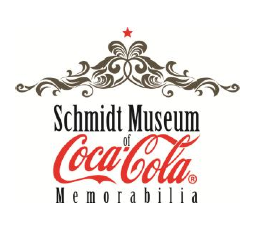 Just got an email today from The Schmidt Museum of Coca-Cola® Memorabilia. They already scheduled a second auction to be held Elizabethtown, KY on March 24 & 25, 2012.

This auction will have 700 pieces that include some of the biggest and oldest items in our collection. They include a Liquid Carbonics soda fountain from the 1893 Columbian Exhibition, large outdoor lighted signs, rare bottles, posters, banners, serving trays, lights and toys. There’s even a Pemberton’s 1880s French Wine Coca mirror pre dating Coca-Cola.

In the official Schmidt Museum press release, Larry Schmidt, head of the family-owned museum, says, “A big difference between the first auction and the second is that the next will have several marque items that appeal to more than just Coke collectors.”

Items in the next auction include a 19th century soda fountain, the side of a barn from the 1930s, large outdoor lighted signs, rare bottles, plus a treasure trove of posters, banners, serving trays, lights and toys. There’s even an 1880s mirror from the pharmacy in Atlanta where Coke’s original formula was developed. It says “French Wine of Cola – Ideal Nerve Tonic.”

The centerpiece of the auction is a soda fountain manufactured by the Liquid Carbonic Company for the 1893 Chicago Columbian Exhibition. Made of marble and onyx with exquisite veining, the soda fountain is extremely ornate. It’s actually two pieces – a customer counter and a back bar. With each piece 24′ in length, it is among the largest items in the museum. 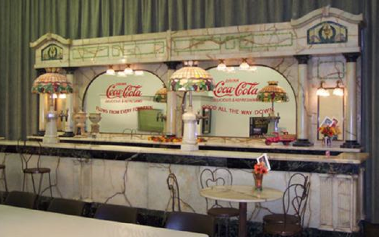 For more information and photos about items to be auctioned, please visit The Schmidt Museum.